Should You Have Your Broken Radiator Re-cored Rather Than Replaced?

Whether the engine you are running is fitted to a small car or an aircraft carrier, it will require at least one radiator to disperse running heat and prevent excessive temperatures from damaging engine components. Unfortunately, radiators are not immune to damage themselves, and most engine operators will have to endure having their broken or failed radiator replaced at least once in their lives.

However, these is an alternative to a full-blown replacement of a malfunctioning radiator. This alternative is known as radiator re-coring, and this process can save you both time and money in the right circumstances.

The 'core' of an engine radiator is essentially its business end, and it contains the coolant pipes and cooling vanes that produce the radiator's cooling effect. When a radiator is re-cored, this array of pipes and vanes is removed and replaced with a core that is either identical or more efficient. Other parts of the radiator that remain in working condition, such as its coolant tanks and holding brackets, are left in place, and the newly re-cored radiator can subsequently be directly refitted to your stricken engine.

What are the advantages of radiator re-coring over replacement?

If your radiator can be repaired with re-coring, choosing this option can have a number of benefits when compared to a full radiator replacement:

What about the disadvantages of choosing re-coring?

Consult with professionals who perform radiator services to determine the right option for dealing with your broken radiator. 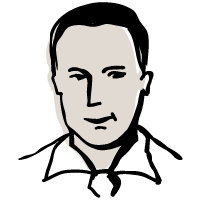 Hello, my name is Gary. I recently needed to invest in new diesel pumps for the industrial complex I work in. I don't have any experience of purchasing new industrial equipment or supplies, so I was really worried about getting ripped off or of buying the wrong type of pump. Thankfully, my good friend Billy offered to help me out. We contacted a few different suppliers and requested quotes and then Billy came with me to inspect the pumps. He taught me exactly what to look for when buying new equipment. I have learnt so much, I decided to start this blog. I hope you enjoy it.